If you want a sell-out event at a literary festival, call it something like ‘How To Get Published’. I’ve been to numerous of these types of talk and panel discussion over the years, and they’re always well attended.

In my experience, there are four main types of people who attend these events:

If you’re the fourth kind of person, then sorry, but the road to publication is long and hard, and there are so many steps before you even get that far. If you’re one of the first three, then you’re probably already aware of this, and will therefore probably get a lot more out of this kind of event.

But I’ve also been to events where an audience member has asked ‘how do you get a book published’ and the panellist has, slightly sniffily, said that you need to write the book first – as if everyone who might be interested in how to get published is Person 4, not Person 1-3. Sure, Person 4 exists (and I’m sure we’ve all met one or two of them in our time), but they’re not the only type of unpublished writer out there.

Thankfully, not all panel events are like this. The other week, I went to a refreshingly honest event at the Bronte Festival of Women’s Writing, with hugely useful advice and experience sharing from all sectors of the book industry – from writers all the way through to booksellers. If you can find events like this, they’re a great way of learning how the industry operates.

Because let’s be honest, the publishing industry can be incredibly confusing.

Like any industry, publishing comes toting its own bag of jargon: advance, acquisitions, UKCW, ARCs, earning out… And even if you sit down with some sort of bilingual publishing/standard English dictionary, the process can still seem somewhat mysterious. After all, what does an editor actually do? How does a commissioning editor differ from an editorial assistant, or a proofreader, for that matter? How does it all work?

There’s no quick answer to all of this. Partly because, like any industry, publishing has far too many layers to unpick in a single blog post, and partly because every publishing house operates slightly differently.

Usually, it operates a bit like a flow chart: the author writes the book (or pitches it if you’re writing non-fiction), and then submits to agents; once accepted by the agent (‘representation’), the writer will usually work with the agent on the manuscript, before the agent then tries to sell the rights to publishers; once a publisher has agreed to publish the book (‘acquisitions’), the writer then works directly with the editor at the publishing house towards a final version of the book, which is then published.

Of course, there are many more steps within that – and even these steps are subject to variation. For instance, some publishing houses don’t require you to have an agent, and if you’re writing non-fiction, you’ll often pitch the book to agencies and publishers before you’ve finished writing it. There is no single path to getting published.

I repeat: THERE IS NO SINGLE PATH TO GETTING PUBLISHED.

So if there is no single path through the publishing process, how do you go about figuring out what any of those paths look like, and how do you know which one might be right for you? 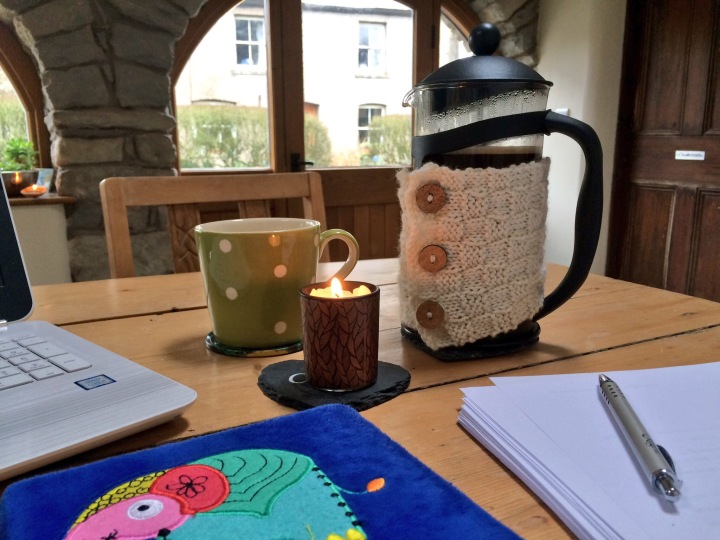 I’ve already mentioned this, but it’s worth mentioning again. A lot of literary festivals will have events specifically geared towards people who are looking to publish a book. Often this will take the form of a panel discussion, featuring a writer or two, and a couple of people who work in publishing (maybe an editor and an agent). They tend to being with each person describing something about their role in the publishing process, and then open up to a Q&A. Of course, there are other formats, too, but this one is fairly common.

These events can be incredibly useful for helping writers to get a grip on how the whole thing works, but also for making the whole thing seem more human. After all, although from afar the publishing industry might seem like a great big faceless machine, it’s really all about individual people, who all have individual tastes.

They’re also a good way of networking with other writers who are probably in a similar position to you, and at a similar stage of their development as writers. After all, you’re all trying to figure out how it works together, right?

However: while these events can be incredibly useful, be aware that they come in all shapes and sizes – and at all kinds of cost. The biggest, most expensive event isn’t always the best. In fact, it’s often the smaller, more personal event that can be the most useful for something like this.

Also beware of blanket statements. As I said, there’s no single path through the publishing industry, so what is true for one person (even if they’re a commissioning editor at a massive publishing house) might not be true for another. I’m obviously not saying to ignore professional advice, because if you’re going to do that, then there’s no point going to these things in the first place – but just take things with a pinch of salt. Ask yourself if it rings true to your own experience. For instance, I’ve heard of events where writers have been told things like ‘nobody’s publishing young adult fiction any more’ and ‘you can’t be a writer if you live somewhere rural’. If there’s anything like this which strikes you as untrue, don’t be afraid to get a second opinion.

And where to get that second opinion? If the in-person events don’t help, or if you’ve got points that need clarifying, then don’t be afraid to google it.

I know that sounds obvious, but you’d be surprised how often I speak to people who don’t understand how the publishing industry works, and have never even thought of using the internet to help them find out. Granted, it isn’t the be-all-and-end-all, and like anything online, you have to take it with a pinch of salt. But it’s a free way of getting your head around how it all works – ideally with a glass of wine or two.

And if you’re not sure where to start with your googling, here are a few online resources to set you off on your search:

I’ve already mentioned Writers & Artists above, but as well as having a plethora of online resources, they also publish the annual Writers & Artists Yearbook. This is a hugely useful resource for anyone who’s on the brink of looking at publication, with listings of agents and publishers, what sort of thing they’re look for, and details on how to submit to them.

If you’ve done all your writing bits, and your editing bits, etc etc, and you’re looking at securing an agent, or publication through a house that accepts unsolicited submissions, then sit down with a copy of the Writers & Artists Yearbook. I’d also recommend using it in conjunction with agencies’ own websites, and combining book research with online research. (If you don’t want to buy a copy of the Writers’ & Artists Yearbook, then check your local library to see if they have it in stock.)

If you’re looking for representation or publication, then try making a pile of books that have something in common with yours. Are there books written in a similar style and genre, which you think would complement your own? Books that deal with similar themes? Books aimed at a similar audience?

Agencies and publishing imprints tend to have specialities. So, if there’s a book that you think might sit well alongside your own, do some digging on it. See who it’s published by. See who the writers’ agent is. (This is something you can google, or just look in the acknowledgements at the back of the book. If an agent is any good, the writer should have thanked them there.)

I’m not saying that this agent will therefore definitely want to represent your book as well. For a start off, most agents probably won’t want writers on their list who are too similar, as they’ll end up in competition with one another. But it’s a good guess that your book might well be their sort of thing. It’s a place to start.

Mentoring programmes for writers seem to be on the rise, which can only be a good thing. They vary massively in terms of what they offer – from a promise of publication at the end of them, to financial assistance, to developmental support, to editorial guidane. They also have varying criteria for applicants.

I’ve benefited from a couple of mentoring programmes over my career so far. One of these (through the Wordsworth Trust) helped me get my first poetry pamphlet ready to submit to publishers. The second (WriteNow, run by Penguin Random House) helped me to write my first novel, and to get an agent.

From Idea to Book: My Journey to Publication

When you’re trying to get your foot through the publishing door, it can be helpful to have somebody pulling it open from the other side.

Next week: The Writer’s Apprenticeship 3: Building a Profile