My debut novel, My Name is Monster, hits the shelves in just two and a half weeks, and it’s got me thinking about how there’s something magical – something almost metaphysical – about the creation of a book. How something can go from being the tiniest flicker of an idea, to being a fully fledged novel, a physical thing you can hold in your hands.

Even when it’s your own book, it can still feel like something of a mysterious process.

Did you know you can pre-order My Name is Monster from a lovely independent bookshop?

Every book’s path to publication is different. It can depend on so many factors: the genre of book, the stage of the writer’s career, the agency or particular publisher, the availability of funding or mentoring schemes, how much of a platform the writer has to begin with.

Since The Bookseller announced the acquisition of My Name is Monster by Canongate back in 2018, a few people have asked my advice on various aspects of the publishing process. As a debut novelist, I’m still working some of this stuff out for myself, but it always surprises me to look back and see just how much I’ve learned since all this started. How does it all work? How do you get an agent? How long does it take to get published? What does the writer get offered in a typical contract?

I can’t speak for every book, but I can share my own experiences. How did My Name is Monster go from being nothing more than a thought, to being on the verge of publication in a couple of weeks?

Let’s start at the very beginning…

Like every story, My Name is Monster started with an idea. Unlike J K Rowling (who famously gave an account of having the idea for Harry Potter while on a train journey), I don’t remember exactly what that first spark of a story was. I do remember that it started with Frankenstein, and the extent to which we can create another human, and that this initial idea was a long long way from the eventual narrative of the book. I’m also pretty sure that it came to me during a service in St Patrick’s Cathedral in Melbourne, where I used to sing in the choir on Sundays. This dates it to the early part of 2011, probably a few weeks after the National Theatre had broadcast their double productions of Frankenstein starring Benedict Cumberbatch & Johnny Lee Miller.

But if that was the birth of the novel, it wasn’t really it’s beginning in any concrete sense. Sure, I played with the idea now and again, when I was feeling carsick or bored on the bus, but it was just fantasy really. (Then again, aren’t all stories?) It was just a story I told myself from time to time – albeit one that developed in my head with each retelling.

Back then, I didn’t think of myself as a novelist at all. I was a poet, and I had this feeling that if I wanted to remain a poet, I ought not to focus on anything else. I’d put myself in my little poetry box, and I think as much as anything, I was afraid to come out.

Fast-forward to August 2016. I was in Oregon, having just finished an epic West Coast road trip with two friends. In about a week’s time, I would be making my way home, pretty certain that I didn’t have a job to come back to.

Up until the end of 2015, I’d been working two part-time jobs while trying to build my freelance writing work – adding up to around 8 days a week and requiring unsustainable energy levels. Towards the end of 2015, my freelance work was increasing, and it became clear that one of the part-time jobs had to go. Arts funding being what it is, by the time I left for the US, the other one looked on the verge of drying up as well.

In other words, I was panicking slightly and applying for everything.

That was when WriteNow landed in my inbox, flagged up by my editor at Flipped Eye, Jacob Sam-La Rose. WriteNow is a mentoring scheme run by Penguin Random House, for emerging writers from demographics facing barriers to traditional publishing. The first round offered 150 writers a place on one of 3 insight days, with author/agent/publisher panels, and a chance to have a section of your manuscript critiqued by a Penguin Random House editor. The second round offered a year’s mentoring.

The opportunity seemed to good to pass up. There was only one problem: they didn’t accept poetry.

So, two days before the application was due, I sat down and wrote the opening section of the novel. The following day, on the train down to my grandma’s, I wrote the rest of the application. I wasn’t sure whether or not it was any good. Could I write fiction? Who knew? I made a pact with myself: if I got a place on one of the insight days, I would write the rest of the novel.

I never even dreamed that I would make it all the way to the final group – but wonderfully, incredibly, that’s what happened.

I worked on the manuscript with Heinemann editor Tom Avery, whose guidance was invaluable in helping me to navigate the nuts and bolts of the story I was telling – and in giving me the confidence to start thinking of myself as a novelist as well as a poet. During the course of the year, I completed the first draft of the novel, and then another six subsequent drafts. It was also during this year that I signed with my agent: Lucy Luck, and Conville & Walsh. 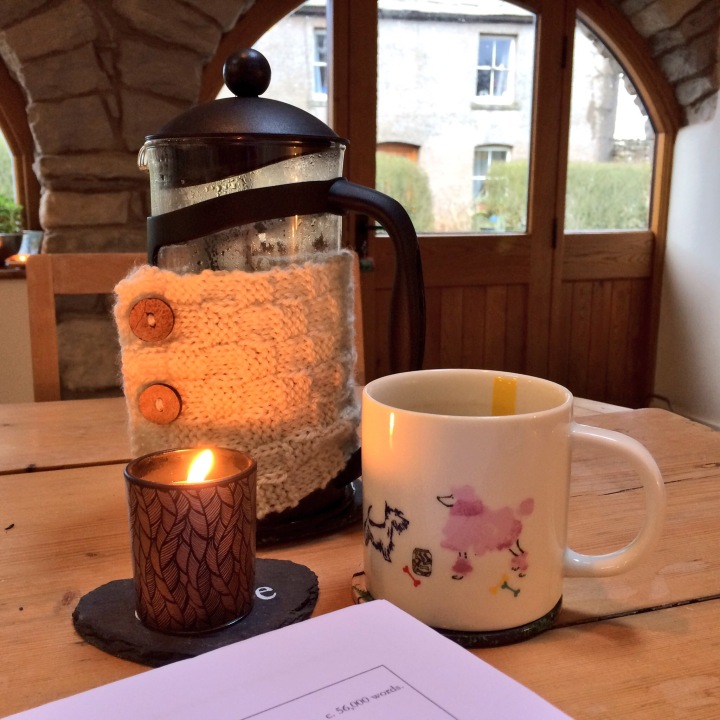 For a lot of people, this is the first barrier they face to getting their work published. So few publishers will accept unsolicited manuscripts (manuscripts not sent by an agent), that it’s quite rare for writers of fiction and non-fiction not to have an agent – though of course there are exceptions to every rule.

I was lucky. The WriteNow scheme meant that Tom put me in touch with a number of fantastic agents – one of whom was Lucy. She read my manuscript, liked my work, and agreed to take me on. From my end, it really was that simple – though of course I know that for many people it’s much more difficult than that. Like anything, it helps to be recommended by someone.

I may write a more detailed post at some point in the future about what an agent does for a writer, and why I’ve already found it hugely beneficial, but for now I’ll just say: signing with Lucy was the next step towards My Name is Monster becoming a real live book. 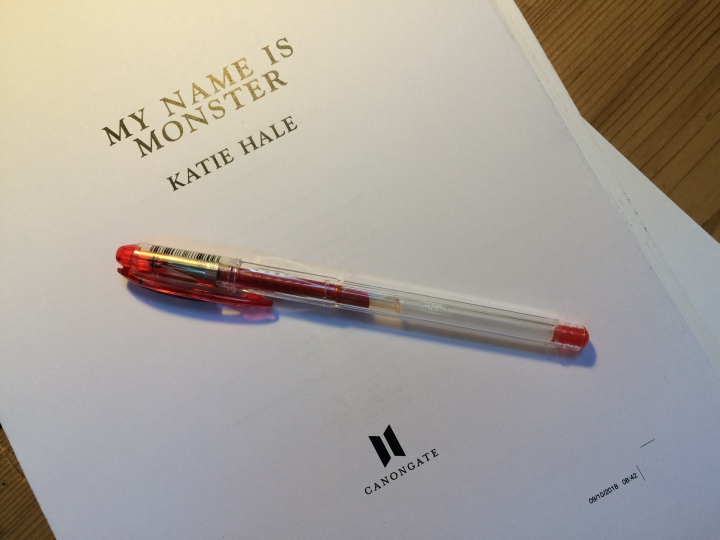 Again, I may go into this in more detail in a future post, but put simply, ‘acquisitions’ is when a publisher buys (or acquires) the right to publish your manuscript.

Because of WriteNow, Penguin Random House had first refusal on whether or not they wanted to publish. Eventually, after a lot of conversations, they decided against it, and so Lucy sent the manuscript out to other editors at other publishers.

After an agonising period of waiting, two publishers came back positive. I had conversations with both editors, and Lucy negotiated with both publishing houses on the offers made, until we had something we were happy with. I chose to sign with Canongate.

There are many reasons I went with Canongate in the end. One of these was financial (like any job, you have to think about the bottom line, and the advance from Canongate would buy me more time to work on a future novel). But it wasn’t the only reason. I really got on with Jo Dingley, my editor – another northerner, who I found I had a lot in common with. I liked the fact that Canongate were based in Edinburgh (much closer and easier to get to than London). I liked the fact that they were a smaller publisher, and independent, but still had enough presence in the publishing world. I liked the books they published – not only in terms of content, but also in terms of design. I liked the care they put into creating books that were also beautiful objects. On a slightly more frivolous note, I liked that they had an office dog.

Working with the publisher:

Understandably, a lot of people tend to think that, once a book has been acquired, that’s it. It’s been given the seal of approval and will be available in shops soon after. But that isn’t quite the case.

For me, the turnaround was relatively quick. The book comes out roughly a year after I signed with Canongate. Because of all the editing work through WriteNow, the manuscript was in pretty good shape at the point of signing. I think I only did one edit through with Jo (alright, maybe one and a half), followed by a number of proofreads.

Most of this excitement came in fits and starts throughout the year. Gradually, though, it all starts to build towards… 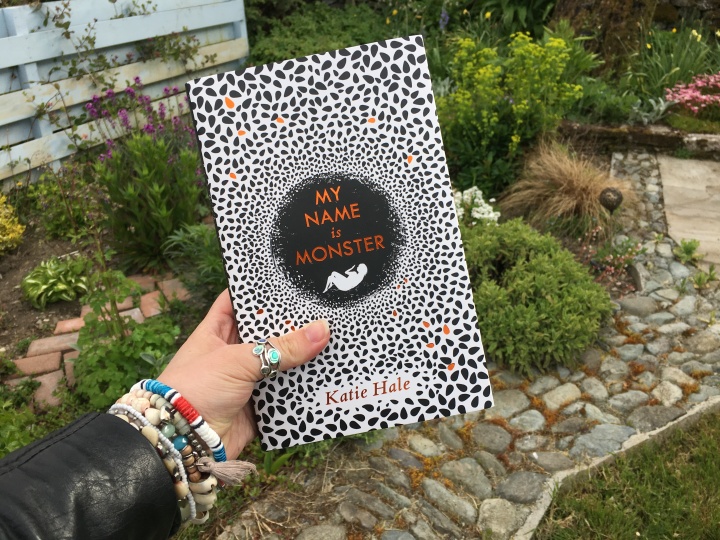 What happens on publication day? Well, this is the day that the book finally goes on sale in shops – although it is available to pre-order before then.

For me, I’m officially launching the book during the evening on publication day, at my local independent bookshop: Bookends in Carlisle.

My Name is Monster: Book Launch

Cakes and Ale Cafe, Carlisle
Thursday 6th June, 7.30pm
Tickets: £3 (includes £3 off the book)
Cumbrian author Katie Hale will join us in Cakes and Ale Cafe to launch her debut novel My Name Is Monster. She will discuss the story and her writing before taking questions and signing copies.
ORDER TICKETS HERE

And what happens after that? Well, I guess we’ll just have to wait and see.