After a month of writing very little while travelling around Cambodia & Vietnam, May has been full on. Honestly, since landing at Manchester airport at the end of April, I don’t think I’ve stopped.

After the Ballymaloe International Poetry Prize’s award ceremony in Dublin, and the South Downs Poetry Festival weekend residential over the bank holiday weekend, May got into full swing with a couple of days hanging out on London’s Southbank and writing, as well as seeing ‘Consent’ at the National Theatre, and drinking wine with friends (always important).

From there, I headed up to Cambridge for the Jane Martin Poetry Prize award ceremony, held at Girton College. Judged this year by Grevel Lindop & Malcom Guite, the Jane Martin Poetry Prize is awarded annually to a poet under 30, for a group of up to four poems – and this year, I was lucky enough to win it. It was a really fun evening, with the award ceremony taking place in the old library, followed by a delicious formal hall dinner. I spent the night in the college, then headed home the next day.

Which was a good thing, because while I’ve been at home, there have been progressions with all three of my big current projects:

Poetry: This month I wrote a couple of new poems, but more importantly: I proofed my pamphlet. It was an odd (but satisfying) experience, seeing the printer’s proof arrive in my inbox – like spending years growing & nurturing a tree, then coming out of the house one day to find it suddenly in bloom. But that blossom will be turning into something even more substantial this week, as the pamphlet itself finally arrives, ready for the big launch on Friday. Very exciting!

Novel: A huge one this month, as I’ve finally finished the first draft of the novel! Which means that I actually got to the end, with no gaps in the middle which just say ‘write something here’. It may be messy, but it’s still a full complete draft. At that moment, when I plugged my laptop into the printer and pressed ‘print’, I was so excited I actually wriggled – like Christmas Eve when I was a child, and I couldn’t sleep for wriggling. Now, I just need to edit it. (I say ‘just’…) I have my first one-to-one with my wonderful editor on the Penguin Random House WriteNow scheme, Tom, in a couple of weeks, and after that I’ll have a better idea of how to move forward with the manuscript. But still: exciting times!

Musical: I’ve done very little actual work on the musical this month – and what I have done has only been in the past week, as we start to look at shaping this draft up into its ‘finished’ form, ready to workshop it with the cast next month. BUT that doesn’t mean nothing has been happening, because tickets for the musical (called The Inevitable Quiet of the Crash and co-written with composer Stephen Hyde) went on sale! The show runs 2nd – 26th August 2017, at the Edinburgh Fringe, and you can book your tickets nicely in advance here.

And that’s pretty much been my life this month! Lots of writing. Not a lot of sleep. Ah well. Maybe June will be a bit more relaxed…? (I doubt it.)

Working on the garden, I discovered a bird nest!

‘Consent’ at the National Theatre 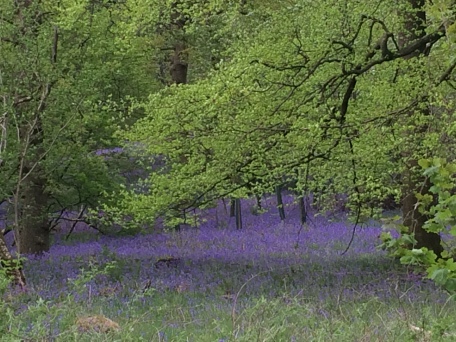 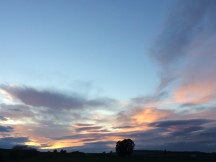 I bought some fancy coloured gel pens for editing 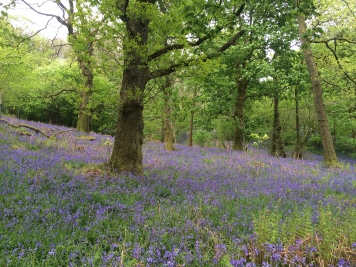 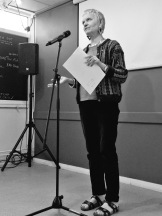 In Cambridge for the Jane Martin Poetry Prize

Hannah Hodgson performing at Verbalise, May 2017 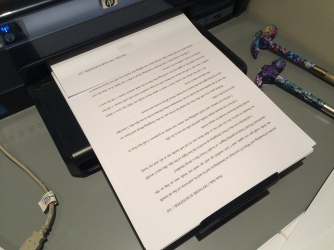 Printing the first draft of the novel! 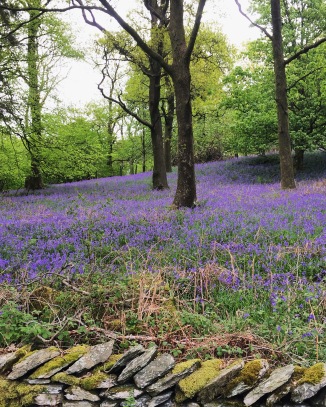 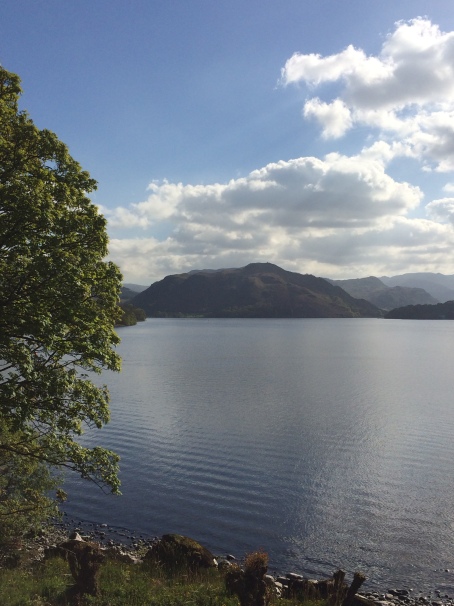 Planning for a trip to Iceland! 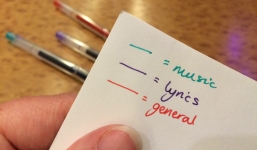 Finding time to write in London