Imagine. Your best friend has just published their eighth novel. It’s nominated for the Man Booker Prize, which they’ve won before. They’re also an award-winning poet with two Forward Prize-winning poems, and a T S Eliot Prize-winning collection. They get flown all over the world and put up in 5* hotels so they can speak their great wisdom at international literary festivals. Their events sell out within minutes, and their signing queue stretches for a mile and a half. Every time you walk past a bookshop, their covers wink at you from the windows. They’re also the nicest person in the world, and have just been nominated as most beautiful writer of all time. They’ve just been nominated for a Nobel Prize. The village book club thinks your books are kind of interesting, but nobody writes quite like your best friend.

Don’t worry, I’m not having an emotional crisis. This best friend is fictional.

But we all know what it’s like to see other people having more success than ourselves. Even the most famous writers know what this is like. It can just be a bit difficult to remember that when you’re wallowing in the depths of your own rejections.

So how do you keep your spirits up, when it feels like everyone around you is way more successful than you are?

Redefine your idea of success.

We’re so used to talking about success as the opposite of rejection. Did your poem get rejected from that magazine, or was it successful? I know – I do this as well. In all honesty, I’m going to keep doing it here.

But let’s start reshaping our idea of what ‘rejection’ means. I’ve talked a bit about this before, but rejection doesn’t have to be a negative thing. After all, with every ‘thanks but no thanks’ that comes back, you free up your poem / story / whatever to send it out to a different journal or competition. In some ways, every rejection increases your chance of acceptance somewhere else.

But rejection can also help you grow as a writer. It can sometimes take months for that rejection to come through – months in which you’ve been reading, writing, honing your craft. So when the poem comes back with a ‘no thanks’ letter, it’s a chance to take another look at it, and see whether you could improve it. After all, your poetic eye could easily be sharper than it was a couple of months ago.

Even if you look at your original submission and decide it doesn’t need another edit, it can be useful to make some sort of ritual out of receiving a rejection. For instance, I have a spreadsheet where I document all my submissions. When I get a response, I get to colour in the corresponding box in the spreadsheet. It’s a small thing, but it carries the same sense of satisfaction as crossing something off a list.

Watch what you submit to.

Quite often we talk about submissions in terms of numbers. I know; I’ve done this as well. Last year, I aimed to submit to 100 things over the course of the year. I didn’t quite make it, but that wasn’t really the point; the point was to force myself to put my work out there, and to submit to things I might not otherwise go for. And it worked – last year was hugely successful in terms of my writing career.

But as an approach, it doesn’t work for everyone. If you find you’re getting down about the number of rejections you’re receiving, or if you’re short on time to submit to things, then absolutely narrow your focus. Submit to fewer things, but make them the ones that really fit your work. Make each submission as good as it can possibly be. Submit to things where you have a higher chance of success (so if you’ve only been writing a couple of months, maybe go for the local poetry competition rather than the National Poetry Prize).

I’m not saying you won’t still get rejections if you do this, but it might decrease the ratio slightly. After all, we’re all human. We all need a confidence boost from time to time.

And speaking of confidence boosts…

This is particularly important for novelists, but it also applies to other kinds of writers as well.

As a novelist, you tend not to get to submit your novel to people till pretty late on in the game. As in, you’ll usually have written a full first draft, and then edited it as much as you can, maybe have workshopped bits of it with your writing group, and then edited it some more. All this before you start querying it with agents, or sending to presses that accept unsolicited submissions, or whatever route you decide to go down.

This can take years. That’s a long time without a confidence boost. Find smaller milestones.

I recently went to the Bronte Festival of Women’s Writing in Haworth, and the excellent Claire Malcolm from New Writing North was there, talking about identifying creative milestones.

I knew what mine was. ‘To finish my second novel,’ I thought smugly.

Reader, I haven’t even started writing my second novel yet. It took me a moment before I realised what a stupidly big milestone that is. It’s like learning to read, and your first milestone being to read Ulysses. It’s too big. There are way too many other steps to get through first.

So I’ve come up with new milestones. They may change along the way, but for now they’re:

Instead of one big goal, these are the smaller milestones I’m going to celebrate along the way. 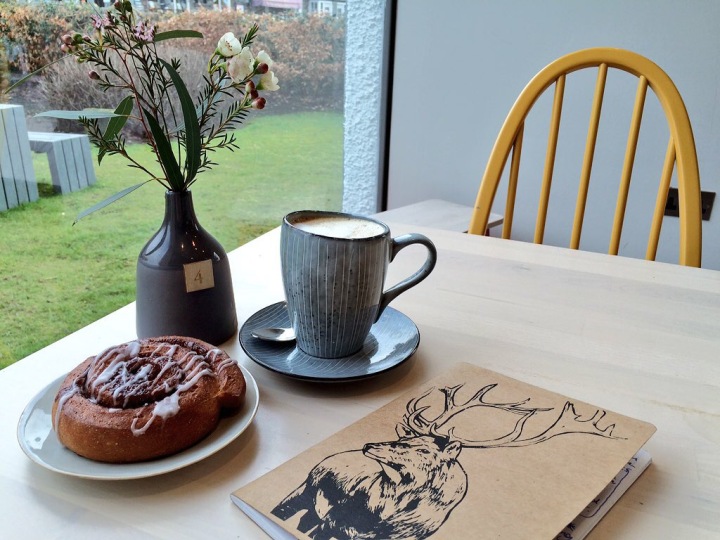 It’s all very well knowing what your personal goals are, and feeling that small sense of satisfaction when you achieve them, but why not actively celebrate them?

One technique I’ve seen a few writers sharing on twitter is the gift-to-self technique. This involves buying yourself a bunch of treats before you start writing, and wrapping them up with labels on the front, telling you when you get to open them.

For example: at 10k words you get a bar of chocolate. At 40k you might get a new pen. When you finish the first draft it could be a bottle of bubbly.

It’s up to you what these gifts are – whatever you think is going to motivate you. It doesn’t even have to be a physical gift. Maybe you’re going to go for a walk somewhere you love after you’ve reached 30k. Or you’ll booked a spa day for the day after you submit to your agent. (Or send it off for querying – whatever stage you’re at.)

I’m planning to be away for most of my milestones, at writing residencies, so I’m going to have to be a bit creative with my rewards. I might not even plan them in advance – just promise myself that I’ll physically celebrate each milestone when it comes around, in whatever way feels right for wherever I am at the time.

When you celebrate, you don’t have to celebrate alone. I live on my own. I don’t have someone to announce my news to when they get home from work, and to share a glass of bubbly with. If I want to tell people, sometimes it has to be on social media. Sometimes telling someone else about something is the only way to make it feel real. Being proud of your achievements is not the same as boasting.

I repeat: being proud of your achievements is not the same as boasting.

One of my constant sayings, that sums up a lot of my creative ethos, is that as writers, we’re colleagues, not competitors. We should be proud of one another’s achievements. Congratulate other writers on their successes. Give them the opportunity to congratulate you on yours.

Even aside from wanting to celebrate (which is enough of a reason for sharing on its own), sharing your good news gets you onto the radar of other people in the writing community / book industry / arts world etc. And who knows? It may even lead to future opportunities.

Celebrate the down times too.

For a long time, I didn’t like talking about success on social media. I thought it made me sound big-headed. ‘Oh, look at me, I’ve had a poem accepted into a magazine, aren’t I clever?’ And sure, there’s definitely a way that constantly talking about your own successes can get on people’s nerves. If all anyone ever hears from you is how well you’ve done, then soon you’re going to feel like that fictional best friend at the start of this post.

But social media (and life in general) is multi-faceted and complex. If we only talk about one thing, it gets boring. So we also use it to share opportunities for other writers, to talk about books we like, to engage with politics.

And we can use it to be honest about our rejections.

(Side note: there are ways of talking about rejection without tweeting ‘X magazine rejected my poem and now I feel bitter about it’, and essentially encouraging all your friends in a pile-on against said magazine. A good start is not to name the publication / organisation / whatever that rejected to. After all, they’ll have their reasons, and naming in this context can often sound a bit like shaming, even if that isn’t the way it’s intended.)

Talking publicly about rejection might feel counter-intuitive. After all, isn’t this just another way of announcing to the world that someone somewhere thought your work wasn’t good enough? But honestly, everyone gets rejections. The most famous writers in the world get rejections. Talking about it is just a way to share the truth about what it’s like to be a writer.

If I see a writer I admire talking about their experiences of being rejected, or struggling to meet a deadline, or finding a scene particularly difficult to write, I actually find it heartening. Not in some cruel schadenfreude way, but in the sense of solidarity. Writing can be incredibly solitary, and it can be good to be reminded that I’m not the only one finding it hard.

This beautiful tricksy obsessive mess called creativity? We’re in it together. Let’s celebrate that.