About a month ago, I wrote a post about how not to perform at an open mic night. Today, I wanted to expand on that, and talk about how to behave in a workshop.

Now before I start, I want to say that I love writing workshops. I’m part of 4 separate writing groups who meet in person, I’m in a couple of online writing communities, and I have two friends who I submit writing to on a weekly basis. Feedback workshops were a big part of my Masters, and I’ve benefited from them on a few writing residentials, too. I also happen to run writing workshops myself.

If you regularly attend writing workshops, then you’ll probably instantly be able to think of a few examples of people who’ve rubbed you up the wrong way. This is to be expected. You’re putting a group of individuals in a room together, and basically asking them to dissect each other’s babies. It’s not surprising that people can feel a little raw, and tempers can flare.

Still, it needn’t turn into Hunger Games-style armageddon, or some sort of Mean Girls back-stabbing exercise in passive aggression. It’s basically all about consideration for others. 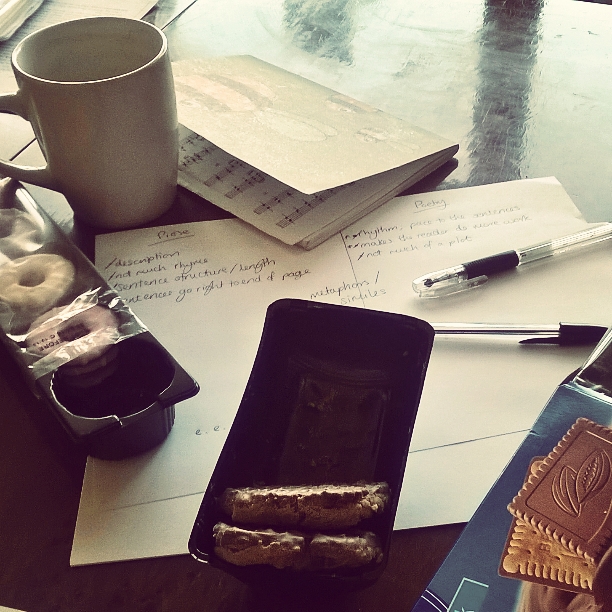 HOW NOT TO TAKE PART IN A WRITING WORKSHOP:

Got any more workshop horror stories? I’d love to hear them! Comments below….