Remember back in January, when I said I would write a blog post every week this year, about my life as a writer? Yeah…

One of the hardest things to adjust to this year has been introducing myself as a writer. I think this is something that all writers struggle with at some point: we spend so long cramming our writing time in alongside other jobs, that when we’re asked the inevitable, ‘So what do you do…?’ our first answer is rarely, ‘I’m a writer.’ At what point do you become a writer? Is it when you start writing (or are you still a waitress / teacher / administrator / whatever your day job is)? Is it when you get something published? Maybe it’s when you first earn money from your writing, or when someone else first introduces you as a writer. 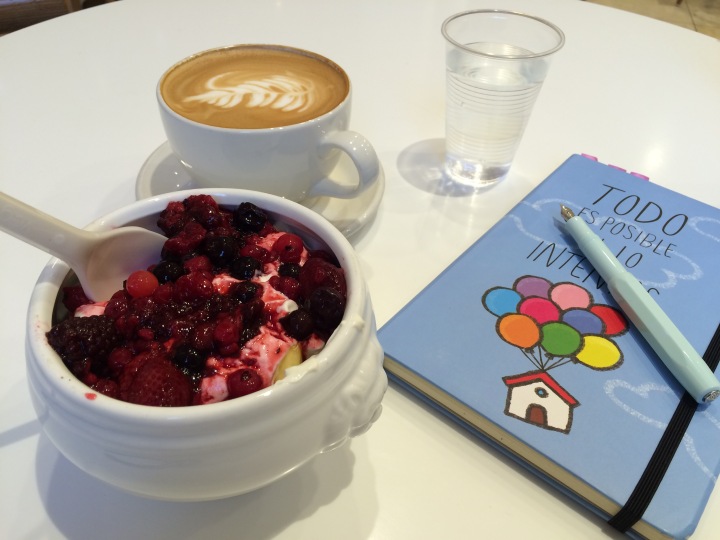 When I quit one of my jobs at the end of 2015, to free up more time for my writing, I was faced with this problem: do I put ‘writer’ on official forms, in the little box marked ‘occupation’?

Previously, I’d always put my official Prism Arts job title (‘Creative Programme Administrator’), as my other part-time job had a much less fixed title. But then when that was gone, what to call myself? I wasn’t making a living from my writing – could I still get away with calling myself a writer, or was that some kind of fraudulent optimism?

The first time I had to actually make this decision was in Marrakech airport in January, filling out a landing card. I put ‘writer’, mainly because I didn’t know what else to put – and let’s face it, partly because I just liked the idea of calling myself a writer.

So I got into the (constantly morphing, incredibly haphazard) queue for passport control, clutching my little landing card. After 45 minutes of navigating a queue that kept merging and changing direction and disappearing altogether, I finally made it to the desk. I handed over my passport and landing card.

The customs officer checked them against each other: ‘Writer?’

‘What kind of writer?’

I was struck by the suspicion and antagonism in his voice.

Looking back, I think he thought I might be a journalist or professional blogger, and that I might be in Morocco to work, which would be a problem on my tourist visa. But it made me think: writers have a lot of influence – just look at the new ‘post-truth’ world we apparently live in following the American elections. Being a writer is a powerful and dangerous thing – no wonder he questioned me.

At that his expression cleared, he stamped my passport, and he waved me on my merry way without a so much as a second glance. Apparently, Moroccan border control doesn’t consider poetry a particularly dangerous form of writing – rightly or wrongly.

So when do you get to call yourself a writer?

This year, I’ve decided that it’s all about approach. For me, it’s about how serious you are about your writing. Is it something you strive towards on a daily basis, or is it something you turn to every once in a while when the inspiration strikes? For instance, I take a lot of photos, but I would never call myself a photographer. I just don’t work at it enough, and photography will never be the number one priority in my life.

Writing, however, is. And I intend to keep calling myself a writer, regardless of how much money my writing is (or isn’t) making me.