This week has been a little bit like that.

Recently, I’ve been thinking in plays. I firmly believe that different ideas come in different shapes: some are poem-shaped, some feel like pieces of drama, and some are undoubtedly novels. Recently, I’ve been having a lot of play-shaped thoughts, so at the start of the week, I decided to focus on playwriting and start drafting a piece of theatre that’s been gestating in the recesses of my brain for the past few months.

But, in typical me fashion, no sooner had I started getting words on the page, than my brain started firing off poems with all the frequency and urgency of a machine gun. Which is wonderful! But also slightly irritates the planner in me.

But the plus side of all this is that this has been my most productive week for poetry in over a year, which is wonderful.

It’s also been a week of meetings, starting with a very positive meeting at Shap School, about the prospect of running some workshops there, followed by the lovely weekly informal over-lunch meeting at Eden Arts (the first I’ve been able to make in a long time), and rounded off with a great meeting with James of Three Inch Fools (touring Shakespeare) to talk about marketing for their Easter workshops and performances.

It’s also been a week of flooding and books… 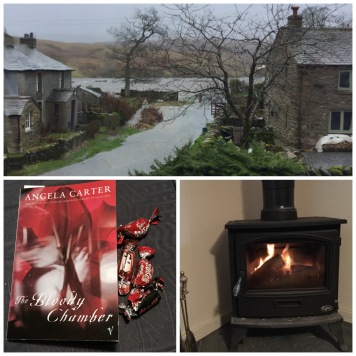 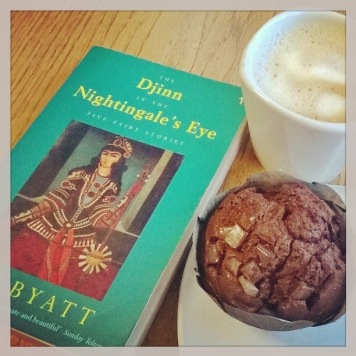 This week has been a week of modern fairy tales. (I was tempted to add Gail Carson Levine’s Ella Enchanted to the list, but I figured I should probably spend the time writing instead.) On Tuesday, I’d planned to pop into Prism Arts in Carlisle for a catch-up, but the wind and rain were so wild that I decided it was safer staying at home. As the river crept further and further back up the road, I snuggled up in front of the fire and read a book that’s been on my to-read list (and on my bookshelf) for years: Angela Carter’s The Bloody Chamber. After that, I was on such a roll with fairy tales, that I decided to also read A S Byatt’s The Djinn in the Nightingale’s Eye: Five Fairy Stories. Not only were these great reads, but I think they maybe had a slight influence on my wrting this week, too:

Spend a whole week reading fairy tales, and then wonder why you end up #writing a poem about a wolf… #amwriting pic.twitter.com/2czPXoAPmW

Not really any pictures from this week, but I did make a little for-fun video of last week’s trip to Morocco. The main outcome of this was my realising that I need to take much more video footage when I travel somewhere:

72 hours in Marrakesh from Katie Hale on Vimeo.