Following on from 2017’s Postcard Poems, I was invited to create another guerrilla poetry project for Kendal Poetry Festival. Instead, we ended up with three: the River of Poems, the Festival Survival Kits, and a day of pop-up performances at the Brewery Arts Centre. 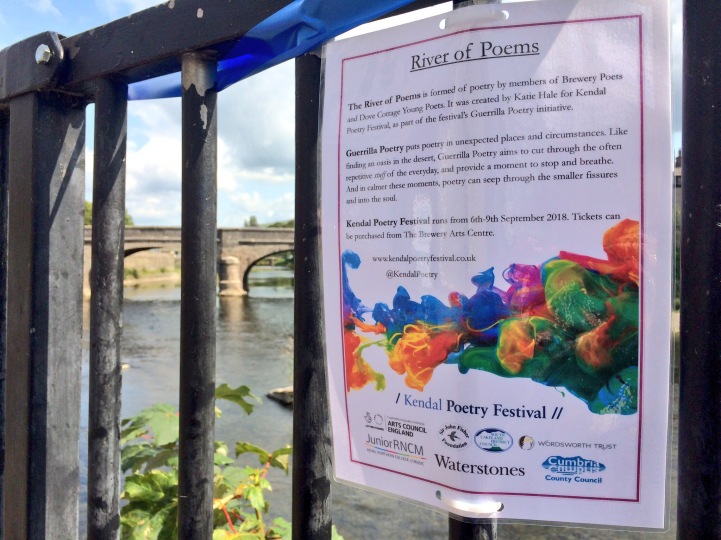 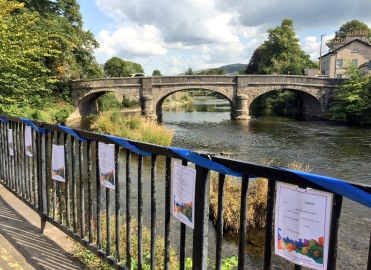 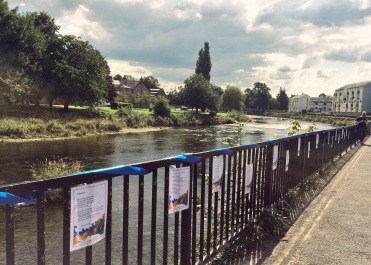 The River of Poems was an installation of contemporary poetry, displayed along the river walk in the centre of Kendal, next to the Waterside Cafe (where the festival’s ‘Opening Doors: Open Mic’ event took place). It was formed of poetry by members of Brewery Poets and Dove Cottage Young Poets, and was in place during the week preceding the festival, as well as during the festival itself.

The poetry contained within the Festival Survival Kits was also the work of members of Brewery Poets and Dove Cottage Young Poets. The kits themselves were sponsored by two Kendal companies: Farrer’s (who provided individually wrapped teabags containining their signature Lakeland Blend) and Romney’s (who provided after-dinner portions of Kendal Mint Cake).

During the festival, 300 survival kits were distributed to audience members. 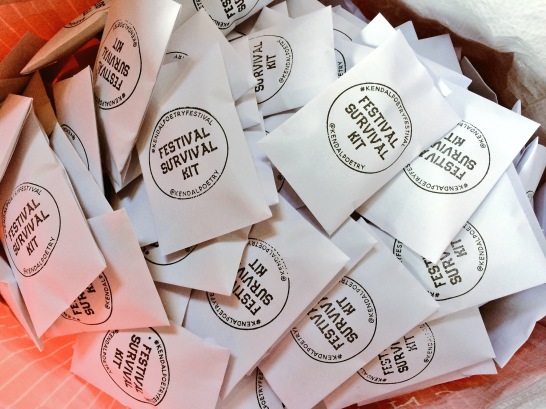 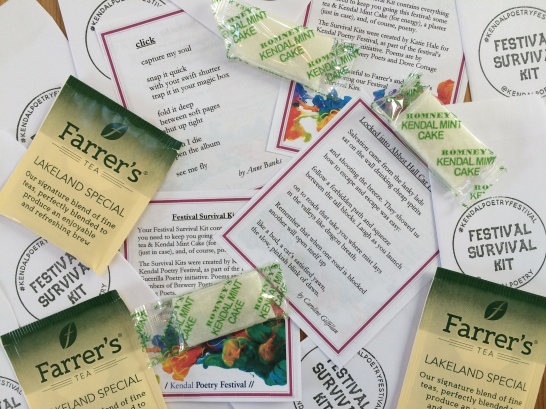 A few members of Brewery Poets also staged a number of ‘impromptu’ pop-up performances at The Brewery Arts Centre on 1st September, as part of their Creative Community Open Day. Highlights included reading to a woman sitting outside the cafe with her dog (the dog was also very appreciative), and our final performance of the day, after which a woman in our unsuspecting audience put up her hand and asked if she could read out one of her poems as well. Which, for me, is what guerrilla poetry is all about: making space for poetry within the everyday.