Rabbit Rabbit (rabbit) was a young writers’ group based in Penrith, which closed in summer 2016.

For my current work with young writers, please click here.

The young writers were aged 14-25, and met at Penrith Old Fire Station. Through creative workshops, online prompts, and email and verbal feedback, we worked together to develop group members’ writing and to explore new ways of creative thinking.

Through the project, members of the group had poetry performed at Theatre by the Lake, and performed their own work as part of the National Gallery’s Picture the Poet project, working with Tullie House & Apples and Snakes.

As well as working to improve their own writing, the group also edited The Carrot: a digital journal of contemporary Cumbrian writing and artwork. The Carrot was a celebration of the best new writing in Cumbria, submitted by writers of all ages, and edited by the young people.

It was also a magazine with a bit of a difference. As well as being online, and so more flexible in the formats and media it enabled, The Carrot didn’t just feature writing. Artists could submit visual artwork, audio pieces, video, crosswords, recipes, photography… This allowed it to appeal to people who might not initially think they were interested in writing. (The more people who stumbled on the magazine, the better!) It also celebrated the ‘writing’ element of other art forms, whether that’s text used in a linocut, song lyrics, or the story told by a photograph. 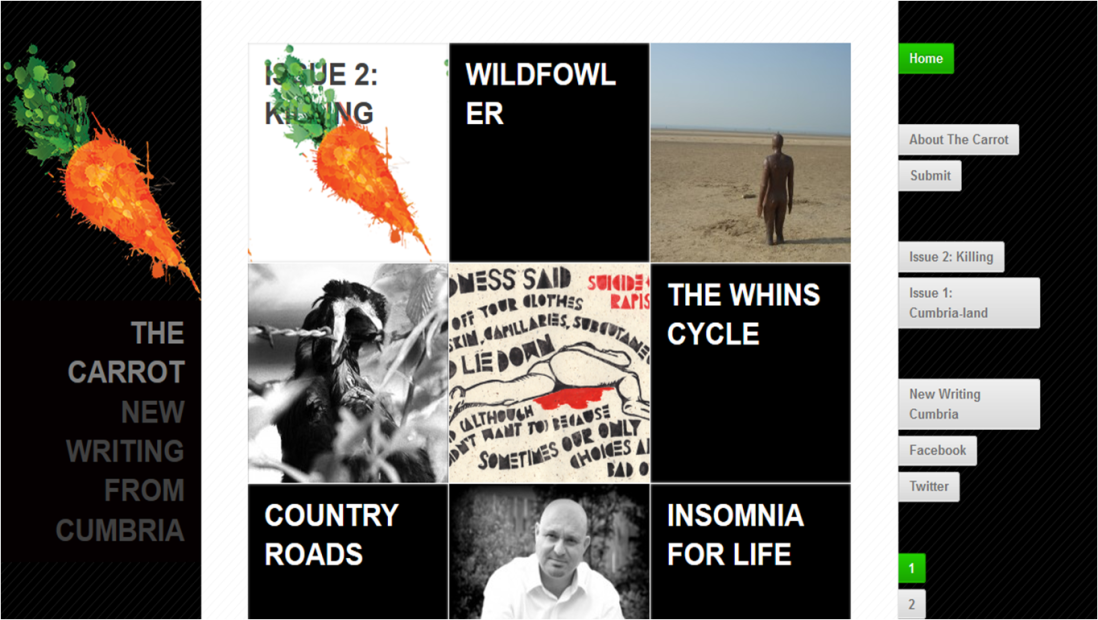