This January has been all about getting the ball rolling (in some cases literally, as this month I also went bowling for the first time in nearly a decade – but that’s a separate story).

I always feel like January’s an odd one. In some ways, it’s all about positivity: looking forward to what the new year might bring, blasting through that to do list with all the optimism of being at the start of something. Then again, it’s also a weirdly long month, filled with post-Christmas blues and bitter weather. That’s pretty much how the month has been for me: filled with lots of exciting writing-related things, but also lots of sitting in my lonely kitchen, forcing myself to confront my manuscript.

St Ives: Having wanted to go on a writing retreat for ages and never quite got round to it, I was thrilled to be invited on one with a lovely group of poets, at the Treloyan Manor Hotel in St Ives. Five of us (me, Emily Hasler, Holly Hopkins, Kim Moore & Hilda Sheehan) spent five nights there, and five days strolling by the sea, eating the most enormous amounts of food, and occasionally writing a poem or two. It was exactly what I needed after the post-Christmas rush, and the early-January onslaught of admin. A chance to refresh and let the sea breeze blow away the cobwebs. I came away from the retreat thinking that, even though I hadn’t written much, it was probably good for my creativity all the same. Then I got home and looked in my notebook, and realised that I’d actually written loads! Strange how creativity can creep up on you like that.

Barbican Subject to Change: As part of the Barbican Centre’s ‘The Art of Change’ programme for 2018, twelve poets have been selected to write poems for the Creative Learning department, each inspired by something that happened in a given month. I was given January, and so decided to write about the ‘honey’ incident that took place on Virgin Trains at the start of the month – when a Virgin Trains East Coast customer, Emily Cole, complained on Twitter about a male staff member’s passive aggressive use of the word ‘honey’. Rather than acknowledging the situation, the company’s initial response was to ask if she would ‘prefer ‘pet’ or ‘love’ next time’. This led me on to thinking about gendered language and micro-aggressions, and the way that even inoffensive language can be used as a way of exerting power. You can read the full poem (and more about gendered language, and poetry as a vehicle for change) here. Or watch the film of the poem:

Schools workshops: With the new year has come a new set of schools workshops – and of course continuing with some existing favourite groups. (New career milestone: going for a meeting in the school library where, nearly half my lifetime ago, I had my first kiss.)

This year, I’m aiming to submit to / apply for 100 things. This isn’t just some masochistic attempt to deny myself a social life while I type CVs and artist statements deep into the night. It’s about providing clarity, so that at the end of the year, I can give an accurate percentage of how many of these submissions resulted in rejections, acceptances, or even partial acceptances. It’s about honesty: showing that the writing life isn’t all sunshine and roses, competition wins and launch parties.

Of course, it’s also about making the effort to put my work out there.

So with that in mind, here are my stats for January. (NB: I know they’re kind of high on the submissions, but low on the replies. Which makes sense if you think about it. January is always the month when people tend to be most eager about keeping new years resolutions, right? And a lot of these things have really long turnarounds.)

* This month, I successfully applied for a grant from the Cumbria Community Foundation Cultural Fund, which will part-fund my place on an Arvon course later in the year. I’m really excited about this, as I’ve wanted to go on an Arvon course for years, and never been able to afford it. (I’m counting it as a ‘partial’ success because I didn’t quite get the full amount I applied for, but make no mistake – I’m still counting partial successes as a success in their own right!)

The month in books:

It’s been a very poetry-heavy January this year – though I also read Erling Kagge’s Silence in the Age of Noise, which reads less like informative non-fiction and more like meditation. Which, at the time, was exactly what I needed. Aside from that one exception, though, this month’s reading has been decidedly poetic: a mixture of re-reading collections I’d already read, thoroughly reading collections I’d so far only been dipping into at odd intervals, and exploring new collections – mostly from the T S Eliot Prize shortlist. 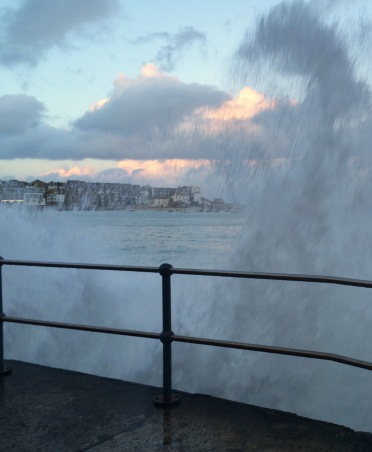 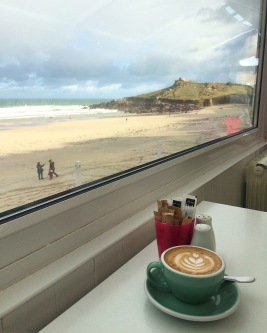 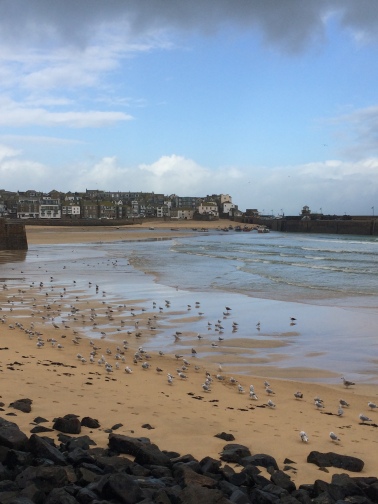 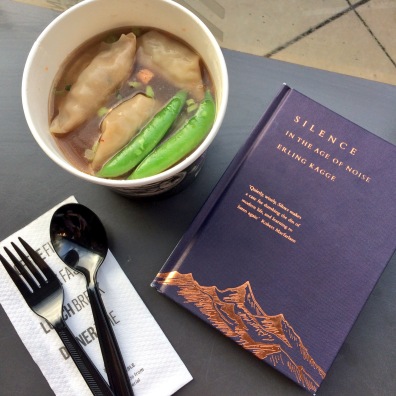 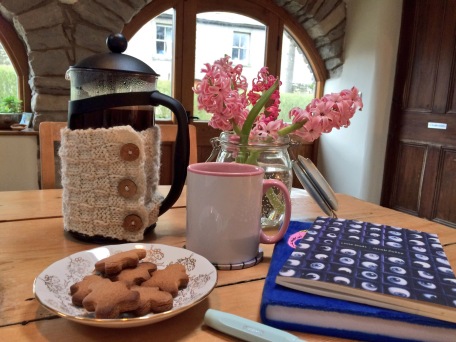